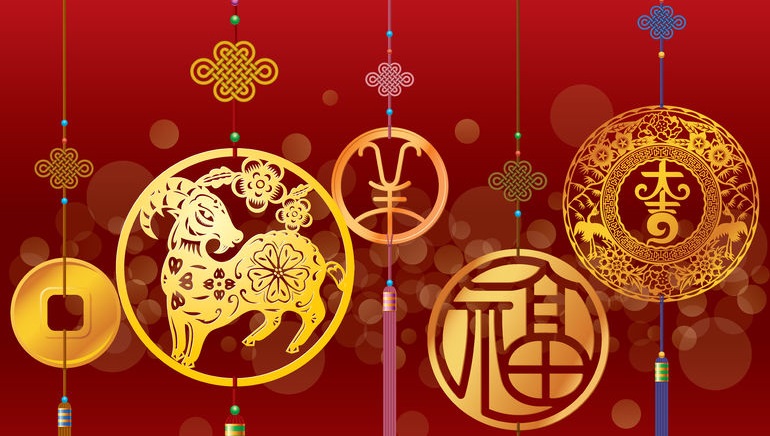 The Year of the Sheep is upon us and there are some Asian-themed slots that will help bring in the Chinese New Year.

The Chinese New Year festivities begins on February 19th and it is the longest and most important celebrations in, what is, one of the oldest cultures on the planet. As legend has it, Buddha requested that all of the animals meet with him on Chinese New Year, but only twelve came. It was these twelve animals that received the honor of having a year dedicated to them.

February 19 begins the Year of the Sheep and there are some cool characteristics that people born in this year are said to have. Artistic, sensitive, charming and sweet are a few of the traits said to make up "Sheep-Years", while creativity is the most common characteristic.

Creativity was definitely on the minds of the developers that created the following Asian-themed slot games, which are some of the most popular titles available.

Wu Long - This Playtech slot is available at Winner Casino. 5-reels and 25-paylines set on a backdrop of a Buddhist Temple. As is traditional in Chinese culture, fireworks light up the screen throughout the game. The symbols on the reels include lanterns, cymbals, fire crackers, beautiful Asian women, drums and a temple. The dragon serves as the scatter symbol and is also the wild that can be used to replace all others.

Gung Pow - Another one of the hottest Asian-themed slots is the nifty title Gung Pow by Microgaming, which is available at Casino Cruise. Gung Pow features 243 ways-to-win over five colorful reels. The games ultimate theme is Chinese New Year, which makes it perfect for the planned festivities for the Year of the Sheep. With a Free Spins Bonus Round stemming from scatter symbols, this game has everything needed to make lucrative payouts.

Lucky Firecracker - The third game on the best Asian-themed slots list is another Microgaming title available at industry leaders All Slots and Platinum Play Casino. There are 5-reels and 243 ways-to-win in this lovely ode to Chinese New Year. There are beautiful Chinese lanterns, traditional Chinese symbols and of course, firecrackers galore.

Lights - The last game on this list is brought to us by NETENT and can be found over at BETAT Casino. Lights is a Zen-like game, which gives the feeling of being in China at dusk for one of their beautiful relaxing sunsets. The game includes fireflies that light up the screen on every spin and give players Floating Wilds. There are 5-reels on 9-paylines with an excellent Free Spins option that can boost winnings many times over.